This decoration was instituted by Congress in July 1862 for the Army. Eligible are officers and enlisted men of the Army and the Army Air Corps and the decoration is awarded for 'bravery in action involving actual conflict with the enemy' and then only to those who distinguish themselves conspiciously. The medal is different for each Service.

Army
A bronze, five-pointed star resting on a laurel wreath, enamelled green. On each ray of the star is a green oak leaf. In the centre of the star, the head of Minerva in a circle with the inscription: 'The United States of America' The medal is suspended from a bar with the inscription 'valor'. On top of the bar is an eagle with wings spread.
The reverse of the bar shows the inscription 'The Congress to....(name of the recipient). The ribbon is light blue with thirteen white stars, representing the states from which the Union was originally formed. 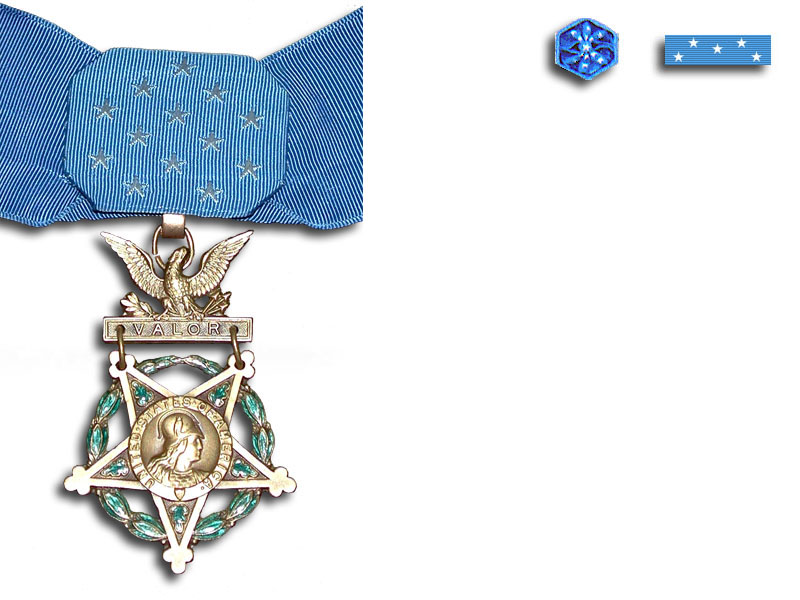