The War Merit Cross first class silver without swords (Kriegsverdienstkreuz 1. Klasse ohne Schwertern) also know as the KVK 1 was instituted on 18-10-1939 by Hitler. This award could just like the KVK 2 be awarded for outstanding performance in the war effort, concentrated around bravery and service, not directly connected with military operations. This could be in politics, diplomacy, economics or in industry. The recipient had to be in possession of the KVK 2 before the KVK 1 could be awarded, but in special cases it was possible for both awards to be awarded at the same time. An interesting recipient was Wiliam Joyce "Lord Haw-Haw", who earned this award for his propaganda broadcasts in September 1944.

This award is identical in design to the KVK 2 without Swords, but is silver washed instead of bronze. The reverse is flat and has a large pin and hook construction. In some examples the makers mark is stamped on the reverse of the award or on the pin. There is also a version where the pin and hook construction has been replaced by a screw with a large screw cap. This version is similar to the Iron Cross 1 with screw back. In some cases the screw back is marked. One well-known manufacturer of this screw back is: Glaser & Sohn from Dresden. (L/58) Some other well-known manufacturers of the KVK 1 are: Steinhauser & Lück from Lüdenscheid, (4) Ferdinand Hoffstädter from Bonn a Rhein, (8) Friedrich Orth from Vienna, (15) Karl Gschiermeister from Vienna, (50) Gottlieb & Wagner from Idar/Oberstein, (52) Robert Hauschild from Pforzheim, (56) Kerbach & Oesterheld from Dresden, (62) Klein & Quenzer from Idar/Oberstein, (65) Rudolf Richter from Schlag, (89) Wilhelm Deumer WD from Lüdenscheid, (L/11) Otto Schickel from Pforzheim, (L/15) C.F. Zimmermann from Pforzheim (L/52) and Glaser & Sohn from Dresden. (L/58)

The award was presented in a black box with a black filling, with a slit to accommodate the pin. For the screw back version the slit was made in the shape of the screw back. The inside of the lid was covered in white silk and on the outside the silhouette of the award was printed in silver. The award was awarded with a standard citation. The award was worn on the left breast pocket, just like the Iron Cross 1. It is estimated that during the WWII period a total of 91.239 decorations have been awarded. 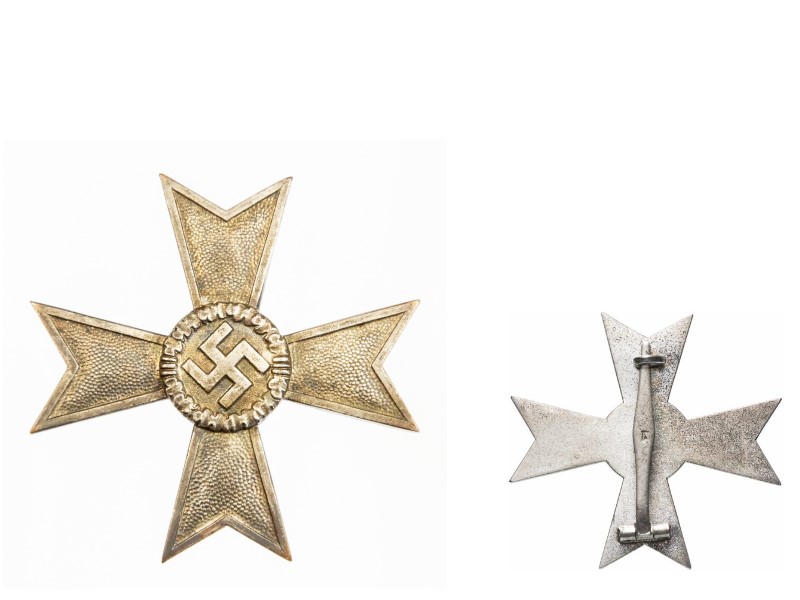