Pavel Plotnikov was born on March 4th 1920 in Gonba in the city Barnaul. He came from a family of farmers. After he had finished school he started working as an electrician in a factory of Railway-transport. The same time he studied flying at a flying club. He volunteered in the Soviet Air Force in 1938 and finished the Military Air School at Novosibirsk in 1940. From October 1941 he joined the 82nd Guards Bombardment Regiment (1st Guards Bombardment Division, 2nd Guards Bombardment Corps, 5th Air Force, 2nd Ukrainian Front). He was promoted to Starshy Leytenant (Flying Officer) in May 1944 after he had made 225 operational flights and had shot down 3 enemy airplanes. He became a unit commander with the 81st Guards Bombardment Regiment (1st Guards Bombardment Air Division, 6th Guards Air Corps, 2nd Air Force, 1st Ukrainian Front). Until March 1945, then Captain Plotnikov had made an additional 80 operational flights. In his wartime career he shot down three enemy planes, sank six transport ships, destroyed seven trains, demolished three railroad bridges, 250 enemy vehicles and much smaller equipment in a total of 343 operational flights.

After the Second World War Plotnikov rose to the rank of General Major and retired in 1975. He died in December 14th 2000. He was buried on the Ivankovskoe cemetery, in Moscow.

Goes with the Gold Star

Jubilee Medal "60 Years of the Soviet Army and Navy"

Jubilee Medal "70 Years of the Armed Forces of the USSR" 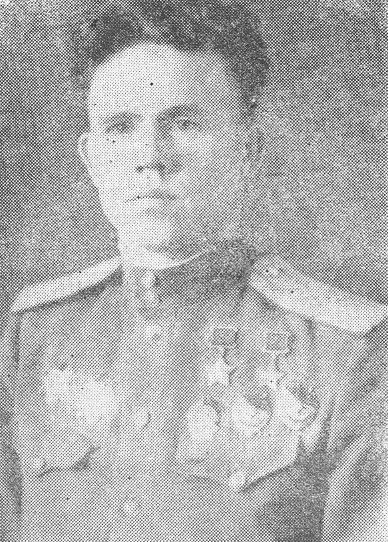