The President of the United States of America takes pride in presenting the Navy Cross (Posthumously) to Sergeant Elman A. Anderson (MCSN: 290085), United States Marine Corps, for extraordinary heroism and devotion to duty while serving with the First Battalion, Eighteenth Marines, SECOND Marine Division, in action against enemy Japanese forces on the Island of Saipan in the Marianas, on 2 July 1944. With a sector of the line pinned down by concentrated hostile fire emanating from a heavily fortified pillbox, Sergeant Anderson fearlessly advanced against the emplacement under cover of two riflemen and, while fully exposed to the enemy's intense barrage, succeeded in annihilating the machine-gun position and six Japanese riflemen. Immediately thereafter, when our hand grenades failed to silence the terrific enemy fire directed on corpsmen and accompanying riflemen advancing to care for the wounded, he steadfastly remained in his dangerously exposed position, hurling demolition charges into the area and providing effective cover for the evacuation of casualties. By his daring initiative, great personal valor and resolute determination, Sergeant Anderson enabled our troops to continue their relentless advance into enemy-held territory and contributed materially to the saving of many lives. His indomitable fortitude and self-sacrificing conduct on behalf of others reflect the highest credit upon himself and upon the United States Naval Service. 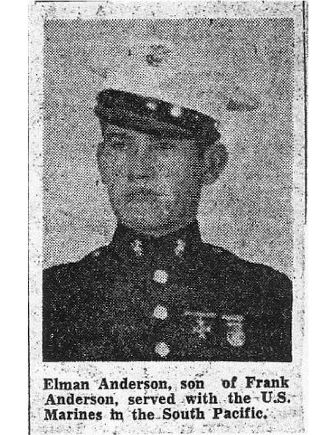 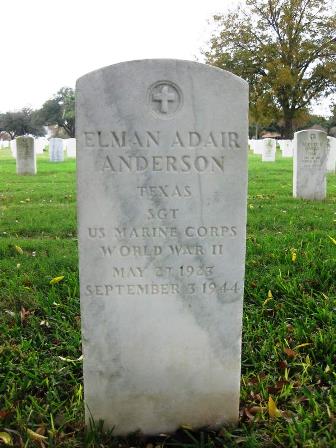