Stanley Duff, a night fighter pilot, entered the Royal Air Force on a short service commission in April 1939.
Duff joined his first operational posting, No. 23 Squadron, a Blenheim night fighter unit.
At the end of the war, he had flown some 140 sorties, claiming five victories over the U.K., France and North Africa, one of them in a Havoc.

Citation:
"Flight Lieutenant Duff has been a Deputy Flight Commander in 153 Squadron for several months and his work in the air has been persistent and untiring. He has been a night fighter pilot for over two years, during which time he has made of 140 operational sorties at night and has destroyed four, probably destroyed one and damaged another. A most outstanding and courageous leader who sets and excellent example in the Squadron."

With "BATTLE OF BRITAIN" bar. 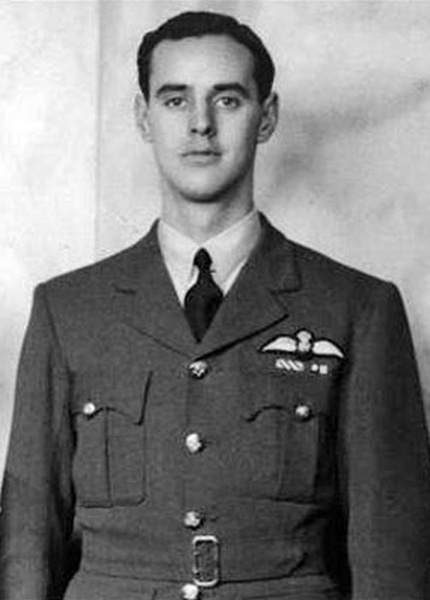