Robert Cole was the son of Lieutenant-Colonel Robert Frank Cole MBE, DCM.
Robert Cole enlisted in the RAF in March 1941, received his wings in Rhodesia and was posted to 250 Squadron in Palestine, flying the Tomahawk.
December 5th, 1941 he was shot down by Flak over Bir-el-Gubi. After having spent some time in hospital and after some additional training he retured to his squadron which had been transferred to Lybia in the meantime. He saw further action on Malta, from there over Sicily in July 1943 and over Italy from September to December 1943.
He subsequently returned to England and in October 1944 he was posted to 274 Squadron flying Tempests over the Netherlands. In February 1945 he was appointed commander of 3 Squadron.
After the war he remained in the RAF but in 1956, he lost his life in an accident when his Canberra crashed in Lincolnshire.

Recommendation:
"Lt. Cole has completed 120 hours operational flying on his 2nd tour of operations. During his first tour he did many sorties over ships supplying Tobruk during its siege. He also operated in a forward Fighter Squadron in the advance of 1941. He was shot down and wounded and since he has returned to operations he has been wounded a second time. F/Lt. Cole has been mainly employed on fighter bombing and has frequently led the Squadron in action. He has shown determination and courage in all his attacks against enemy ground targets and has pressed these attacks home frequently in the face of intense anti-aircraft fire."

Recommendation:
"Squadron Leader, No. 3 Squadron. This officer has an outstanding record of war service. He started his operational career early in 1941, and has operated against the enemy in the U.K., the Western Desert, Persia and Holland. S/Ldr. Cole is a skilful and fearless pilot, and his brilliant and aggressive leadership has been an inspiration to all with whom he has flown. Since being awarded the D.F.C. he has personally destroyed or damaged 48 locomotives, 32 trucks (including several oil tankers), 12 road vehicles, 5 barges and two German aircraft. In all he has destroyed six enemy aircraft and damaged one and a half. A typical example of S/Ldr. Coles courage and determination occurred on the 14th February last. He was leading his Squadron when he sighted some aircraft on an enemy airfield. He at once attacked with his No. 2, leaving the rest of the Squadron as top cover, being immediately met with intense and concentrated anti-aircraft fire. S.Ldr. Coles aircraft was severely damaged, and he was wounded in the face and arm. Despite this he pressed home his attack with great gallantry and succeeded in destroying two aircraft on the ground." 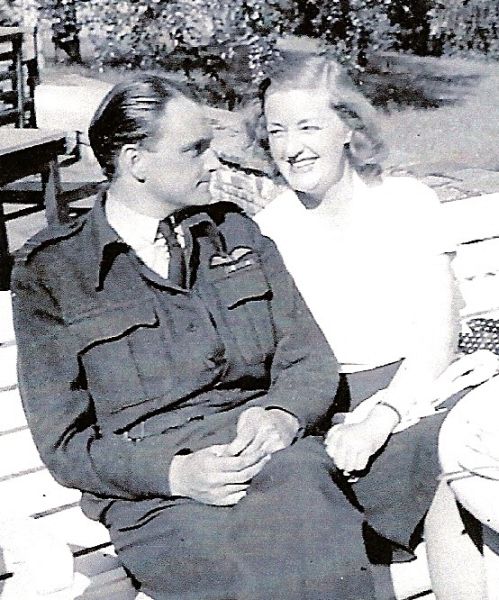