Recommendation:
For exceptionally meritorious conduct in the performance of outstanding service. Attached with his brigade to a task force whose mission was the reduction and occupation of Kiska Islands in the Aleutians, Brigadier Foster in an incredibly short time reorganized his unit in conformity with United States Army standards and procedure, trained it for amphibious warfare, re-equipped it for Alaskan service and led it to the objectives in the island occupation. His leadership and unselfish devotion to the success of the project were outstanding and set a high mark for unreserved cooperation between two allied powers.

Recommendation:
This officer's part in the planning, training for, and execution of the assault landings in Normandy was noteworthy. After the initial stages of the operation his brigade, the 7 Canadian Infantry Brigade, was continually and savagely counter-attacked; it lost over 1,200 men in the first few days but never gave up any ground; on the contrary under Brigadier Foster's inspired leadership this brigade held steadfastly and inflicted severe casualties upon the Germans, forcing them to withdraw. As the battle developed towards Caen this formation was given many heavy tasks including that of capturing part of Caen and later that of holding all of the city and area which had been a two division front. This was most successfully accomplished and at the appropriate moment the brigade with great dash seized the crossings of the River Orne at Vaucelles. Throughout all these and subsequent operations this officer's quiet determination, confidence and coolness under fire were an inspiration to his commanders and men. His example and devotion to duty have had a very marked influence on his brigade's successful operations; they bear the hallmark of a courageous and determined commander. Brigadier Foster's conduct throughout is in accord with the best traditions of the Canadian Army.

In recognition of distinguished services in the cause of the allies.

This officer's brigade was one of the assault brigades on D Day and during the actual assault and the consolidation and extension of the bridgehead he handled the resources at his disposal with great ability and effect. His brigade also successfully performed an important role in the breakout from the bridgehead and in the pursuit through northern France. When given command of an armoured division in the closing stages of the battle of France he rose to the occasion and used his formation in the most telling fashion against the enemy.

Recommendation:
On arrival in North-West Europe theatre of operations Major-General Harry Wickwire Foster was called forward to commence planning for Operation CANNONSHOT which involved the crossing of the IJssel River and an advance westward through Holland via Apeldoorn towards the sea. His division had barely completed concentration some one hundred and forty miles from where the operations was to take place. Reorganization and re-equipping of some vital units was not yet complete but Major-General Foster proceeded with his preparations with the utmost confidence and so masterly was his planning and timing of the move forward of his formation that the troops arrived and were ready for the attack with ample time for individual reconnaissance and detailed preparation. The crossing itself was made with bridging and raft equipment new to the division and against heavy opposition. Yet so great was the confidence of the troops and the drive and determination instilled into all arms by their commander that the initial bridgehead was established in very short time and the bridge itself completed in the record time and three and one-half hours after work commenced. Owing to the very careful planning and preparations of its commander the division once started never stopped. Every day Major-General Foster visited all bridges however far forward, spurring them on to even greater efforts. His energy and enthusiasm coupled with his sure grasp of the situation enabled him to keep his formations pressing the enemy constantly back, giving him no respite along the entire front. By a bold outflanking movement executed with great swiftness the key city of Apeldoorn was captured, the city itself falling without a struggle and the division pressed on to the west. Owing to Major-General Foster's determined enthusiasm the advance was continued without halt in spite of stiff opposition until finally advance of some thirty miles the operation as a whole was halted. A very great deal of enemy equipment was destroyed, many enemy killed and some five thousand prisoners were taken in this operation. Throughout the period the division has been under Major-General Foster's command it has had an unbroken series of successes under a great variety of circumstances. This fortune was due in very large measure to the flexibility of mind, the capacity of sound and careful planning and preparation and determination of its commander. His outstanding service and contribution to the war are deserving of high recognition. 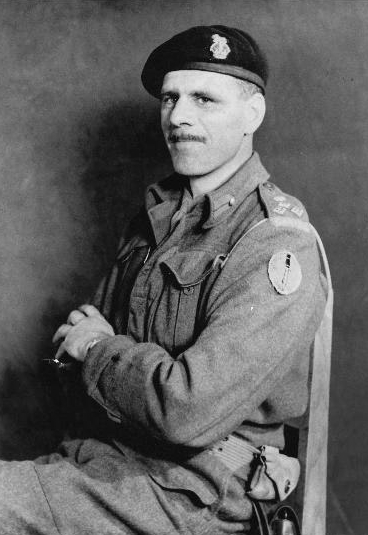 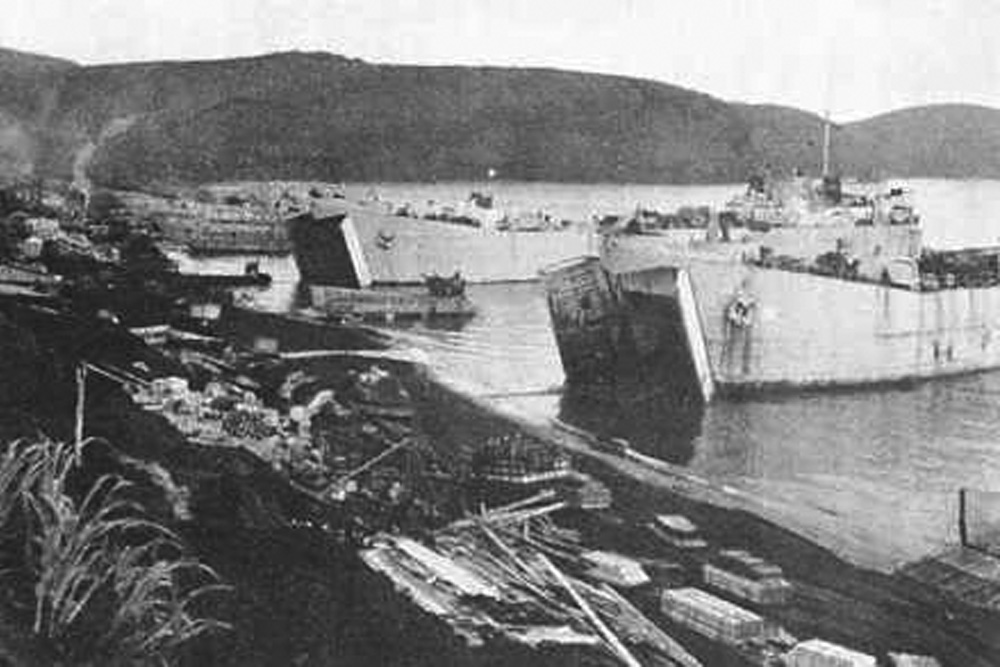