Ted Sismore joined the RAF in 1939. On 31st January 1943 he was navigator on board one of three Mosquitos bombing Berlin for the first time. Timed to disrupt a speech by Hermann Goering for over an hour.
In May 1943 Sismore navigated the attack on the Zeiss Optical factory and the glassworks in Jena.
He also planned the route for the famous Amiens prison raid (Operation Jericho), and master-navigated all three Gestapo raids in Denmark (Aarhaus, Shellhus and Odensa).
After the war Sismore remained in the Royal Air Force and with Squadron leader Mick Martin broke the flying record for the London to Cape Town, 6,727 mile journey, completing it in 21 hours and 31 minutes. He was later awarded the Royal Aero Clubs Britannia Trophy for 1947. In 1962 Sismore was promoted to Group Captain and later became Station Commander of RAF Bruggen in Germany and in the late 1960s became commanding Officer of the Royal Air Forces Central Reconnaissance Establishment at RAF Brampton.

Citation:
"On the 30th January, 1943, two forces of bombers were detailed to attack Berlin, one during the morning and the other during the afternoon.
To reach the German capital necessitated a flight of more than 500 miles, mostly over heavily defended territory. Close co-ordination and precise timing were essential but, such was the skill exhibited, that the target was reached and the attacks delivered within seconds of the specified time. That complete success was achieved, despite opposition from the ground defences, is a high tribute to the calm courage, resolution and endurance displayed by the following officers and airmen who, in various capacities, acted as members of the aircraft crews."

Recommendation:
"On 27th May, 1943, this Officer was Navigator of the leading aircraft of a formation of 14 detailed to attack targets at Jena, Germany, in daylight. The total distance was 1,100 miles, over 500 of which were to be covered at very low level in daylight, through strong defences, both from the ground and the air, in occupied and enemy territory. Weather conditions were not as expected, being very clear over the first part of the route, but deteriorating badly towards the target. Visibility was reduced to less than a mile for the last 150, and was not more than half a mile for the last 40.
In spite of these difficulties, Flying Officer Sismore navigated with extreme accuracy, and finally brought the formation up to the target along the pre-arranged run. The attack was made at low level in the face of very heavy anti-aircraft defences and balloons. Over the target itself, a light anti-aircraft shell burst in the cockpit, wounding the Pilot. Flying Officer Sismore coolly rendered First Aid, and helped the Pilot to maintain control of the aircraft. He then continued his accurate navigation, and the aircraft returned safely to base.

This Officer was Navigator of the leading aircraft of a formation which attacked Berlin in daylight, arriving precisely at the scheduled time. Since then, he has completed 11 successful sorties, all of which have called for the highest degree of navigational skill at low level. All crews of the formation which carried out the attack on Jena are unanimous in saying that it was a magnificent navigational feat in face of difficulties.
I strongly recommend the immediate award of the Distinguished Service Order."

Citation:
"As pilot and navigator respectively these officers have taken part in numerous sorties against a wide I variety of targets. In October, 1944, they took part in a most successful attack on a vital German target. In this well executed operation, these officers displayed skill and resolution of the highest standard.

Second DFC awarded as a bar for on the ribbon of the first FC.
Simultaneously awarded to the pilot, Acting Wing Commander Reginald Wilfred Reynolds DSO DFC.

Citation:
"In March, 1945, Squadron Leader Sismore was the navigator in the leading aircraft of a large formation detailed to attack the Gestapo headquarters at Copenhagen. The operation, necessitating a flight of more than 1,000 miles demanded the highest standard of navigational ability. In this direction, Squadron Leader Sismore's work was outstanding and contributed materially to the success obtained. Again, in April, 1945, this officer flew with great distinction in an attack against a similar target at Odense. This officer, who completed much operational flying, has rendered very valuable service." 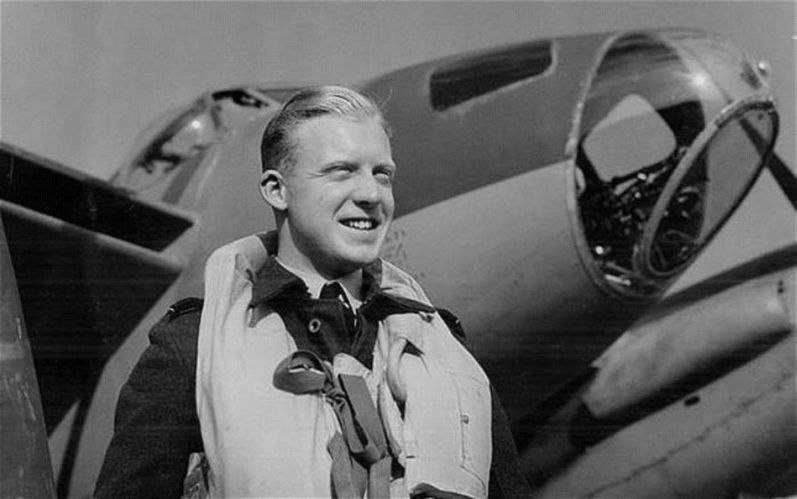