The President of the United States of America takes pleasure in presenting the Silver Star to Lieutenant John Dott Harper, Jr. (NSN: 0-82437), United States Navy, for conspicuous gallantry and intrepidity in action while serving aboard the U.S.S. DRUM (SS-228) during World War II. During four extensive War Patrols in enemy waters and despite determined enemy opposition he courageously and skillfully performed his duties as First Lieutenant and Damage Control Officer of a United States Submarine and thus assisted materially in the sinking of an important amount of Japanese shipping. His excellent judgment and coolness under fire contributed in a large measure to the success of the ship. His conduct throughout was in keeping with the highest traditions of the United States Naval Service.

The President of the United States of America takes pride in presenting a Gold Star in lieu of a Second Award of the Silver Star (Posthumously) to Lieutenant Commander John Dott Harper, Jr. (NSN: 0-82437), United States Navy, for conspicuous gallantry and intrepidity in action in the performance of his duties as Assistant Approach Officer in the U.S.S. SHARK (SS-314), during the FIRST War Patrol of that Submarine from 16 May 1944 to 17 June 1944. His ability to furnish his Commanding Officer with a continued flow of valuable information contributed directly to the sinking of four enemy ships totaling 32,200 tons and damaging an additional enemy ship of 5,600 tons. His efficiency and coolness during severe enemy countermeasures greatly assisted his ship in conducting successful evasive tactics. His conduct throughout was an inspiration to the officers and men in his ship and was in keeping with the highest traditions of the United States Naval Service. 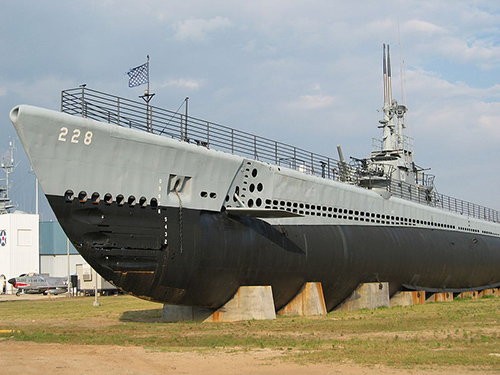