"For conspicuous gallantry and intrepidity at risk of life above and beyond the call of duty in action on 22 September 1943, at Oliveto, Italy. Although 2d Lt. Childers previously had just suffered a fractured instep he, with 8 enlisted men, advanced up a hill toward enemy machinegun nests. The group advanced to a rock wall overlooking a cornfield and 2d Lt. Childers ordered a base of fire laid across the field so that he could advance. When he was fired upon by 2 enemy snipers from a nearby house he killed both of them. He moved behind the machinegun nests and killed all occupants of the nearer one. He continued toward the second one and threw rocks into it. When the 2 occupants of the nest raised up, he shot 1. The other was killed by 1 of the 8 enlisted men. 2d Lt. Childers continued his advance toward a house farther up the hill, and single-handed, captured an enemy mortar observer. The exceptional leadership, initiative, calmness under fire, and conspicuous gallantry displayed by 2d Lt. Childers were an inspiration to his men." 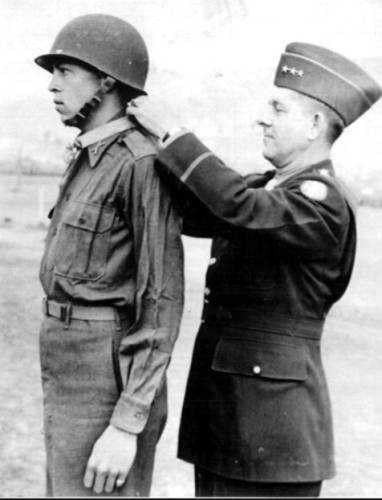