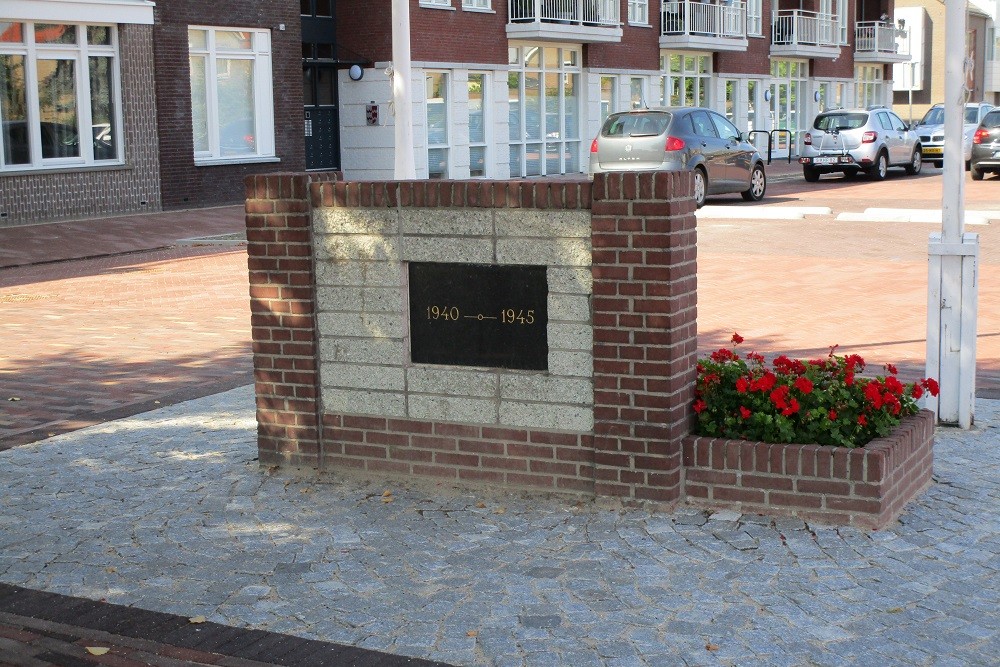 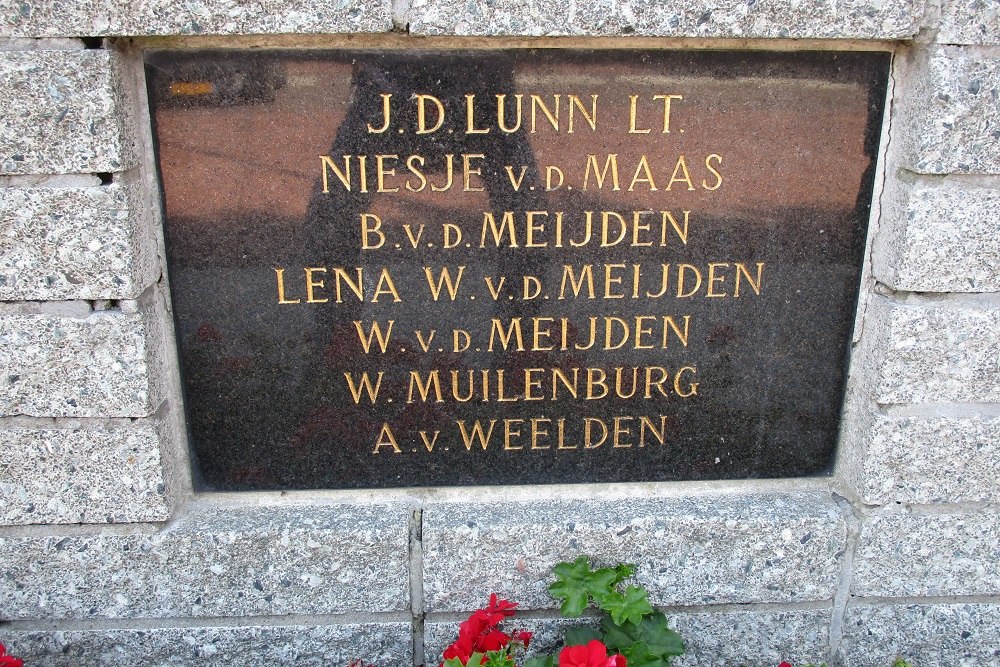 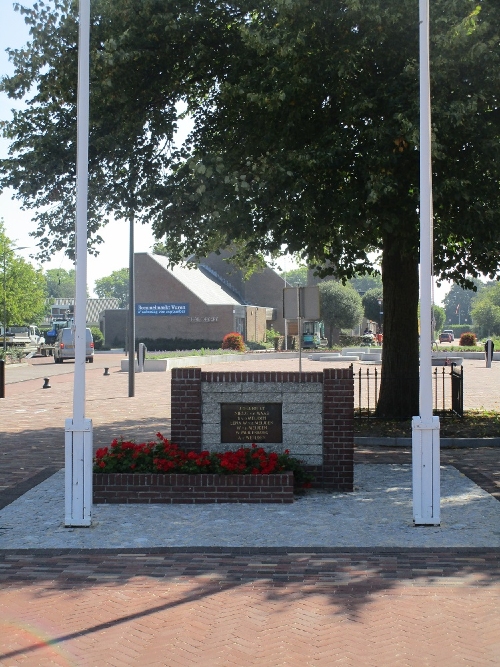 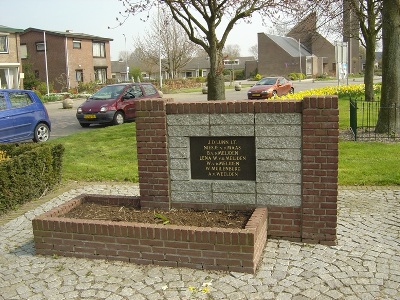 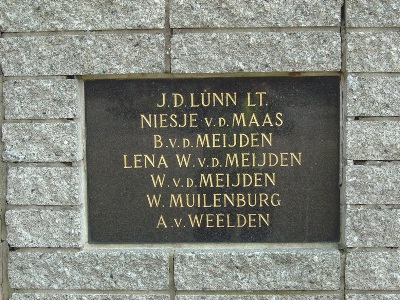 The war memorial of Vuren commemorates six residents of Vuren who were killed in the Second World War and one British pilot who crashed near Vuren.

A. van Weelden and W. Muilenburg were killed in the battle in May 1940.
B. van de Meijden, Lena W. van der Meijden and W. van der Meijden were members of one familie who died when a plane crashed on their house.
Lt. J.D. Dunn was a British pilot who was killed when his plane was shot down.

Niesje v.d. Maas was born on 31-1-1931 in Ameide and died on 2-2-1944 in the hospital of Gorinchem, after being wounded by a grenade impact in the parental home on Beatrixstraat in Dalem, then village in the municipality of Vuren. The grenade impact was the result of shelling by the Allies towards Fort Vuren.