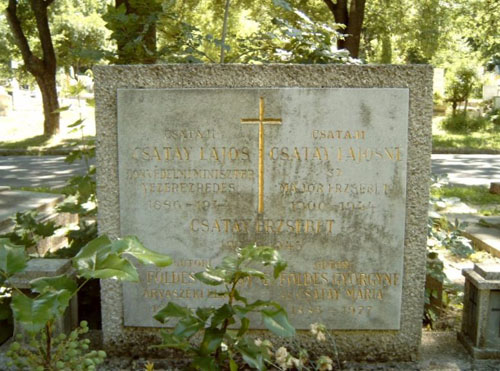 Lajos Csatay is a WW1 veteran. In 1943 he became commander of the Hungarian Third Army. In June 1943, Csatay was appointed as Minister of Defence. He was arrested by SS-Brigadeführer Edmund Veesenmayer on 15 October 1944 and held in the Waffen-SS Office in Budapest overnight. The following day, he was captured by the Gestapo and commited suicide along with his wife.