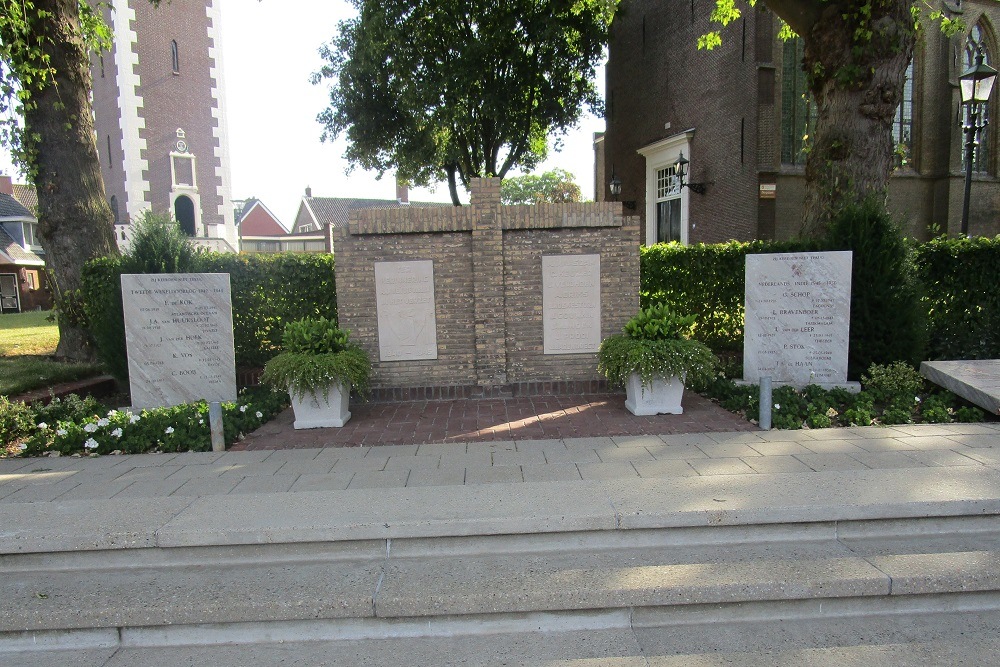 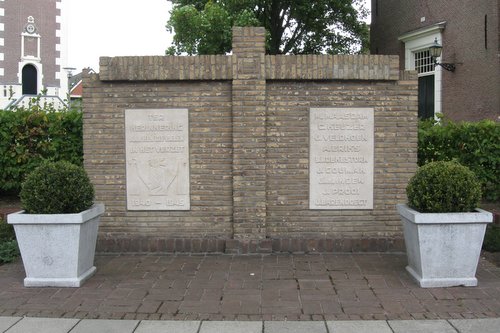 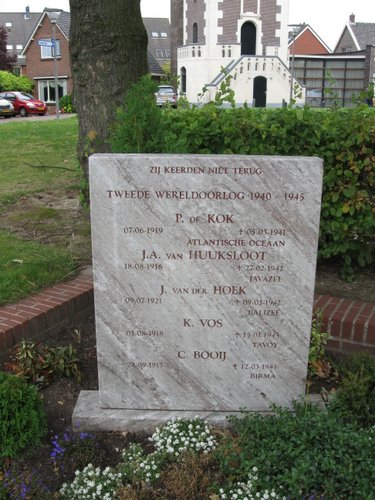 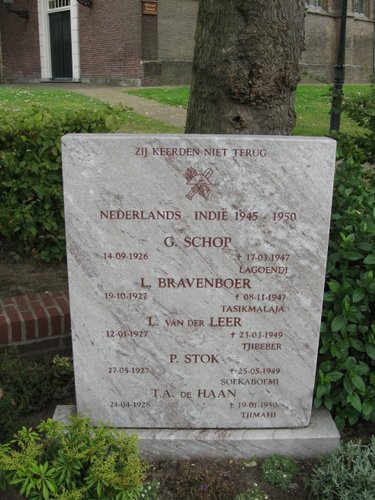 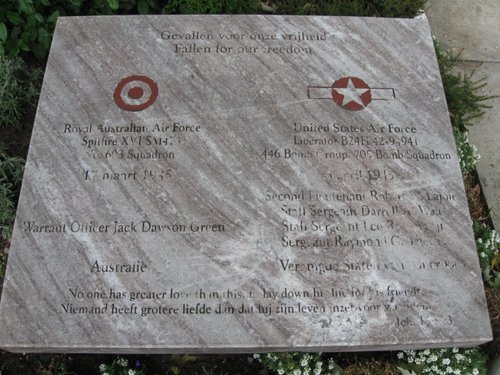 A brick laid wall has a cross in the middle of the monument.
On both sides of this cross two plaques have been mortared with texts that can be translated as follows:

To the left hand side of the cross on the main monument:
In memory of those
that fell in the resistance
1940  1945

The text on the plaque to the right of the main monument is dedicated to the victims that did not return from their mission in the Dutch East Indies during the years 1945  1950.

All the way to the right there is a somewhat tilted plaque for a single Australian pilot of a shot down Spitfire that died and four victims of a crashed American Liberator.
The somewhat worn text can be translated as follows:
Fallen for our freedom

No one has greater love than this, to lay down his life for his friends.
Joh.15  13