"For conspicuous gallantry and intrepidity above and beyond the call of duty in action with the enemy near Rabaul, New Britain, on 2 November 1943. Leading his squadron in an attack on shipping in Simpson Harbor, during which intense antiaircraft fire was expected, Maj. Wilkins briefed his squadron so that his airplane would be in the position of greatest risk. His squadron was the last of 3 in the group to enter the target area. Smoke from bombs dropped by preceding aircraft necessitated a last-second revision of tactics on his part, which still enabled his squadron to strike vital shipping targets, but forced it to approach through concentrated fire, and increased the danger of Maj. Wilkins' left flank position. His airplane was hit almost immediately, the right wing damaged, and control rendered extremely difficult. Although he could have withdrawn, he held fast and led his squadron into the attack. He strafed a group of small harbor vessels, and then, at low level, attacked an enemy destroyer. His 1,000 pound bomb struck squarely amidships, causing the vessel to explode. Although antiaircraft fire from this vessel had seriously damaged his left vertical stabilizer, he refused to deviate from the course. From below-masthead height he attacked a transport of some 9,000 tons, scoring a hit which engulfed the ship in flames. Bombs expended, he began to withdraw his squadron. A heavy cruiser barred the path. Unhesitatingly, to neutralize the cruiser s guns and attract its fire, he went in for a strafing run. His damaged stabilizer was completely shot off. To avoid swerving into his wing planes he had to turn so as to expose the belly and full wing surfaces of his plane to the enemy fire; it caught and crumpled his left wing. Now past control, the bomber crashed into the sea. In the fierce engagement Maj. Wilkins destroyed 2 enemy vessels, and his heroic self-sacrifice made possible the safe withdrawal of the remaining planes of his squadron."
Awarded posthumously

"For extraordinary achievement while participating in aerial flight while serving with the 8th Bombardment Squadron, 3d Bombardment Group (M), Fifth Air Force in action with the enemy on 28 and 29 July 1943. On that date, Major Wilkins led the squadron in an attack against two destroyers off Cape Gloucester. Without fighter cover and under an intense barrage of surface-to-air fire, he made two passes on one of the enemy ships. Returning through a melee of enemy Zeroes, his B-25 was riddled with bullets but somehow he managed to break free and nurse it home. The very next day he returned to find one surviving destroyer, scoring two direct hits and sending it to the ocean floor. His devotion to duty and courage under all conditions serve as an inspiration to his fellow flyers. His actions on all these occasions reflect the highest credit upon himself and the Armed Forces of the United States."

"Major Wilkins completed 50 air missions over hostile territory. His devotion to duty and courage under all conditions serve as an inspiration to his fellow flyers. His actions on all these occasions reflect the highest credit upon himself and the Armed Forces of the United States."
First Bronze Oak Leaf Cluster in lieu

"Major Wilkins lead his squadron in the first low-level attack on Hansa Bay. Diving into a withering hail of ground fire Wilkins hit two enemy ships, sinking one while the rest of his squadron claimed five more. Three days later he led three squadrons to Hansa Bay where he personally scored direct hits on two more ships. His devotion to duty and courage under all conditions serve as an inspiration to his fellow flyers. His actions on all these occasions reflect the highest credit upon himself and the Armed Forces of the United States."
Second Bronze Oak Leaf Cluster in lieu

"Leading three B-25 squadrons in the mission that wreaked devastation on the enemy supply line, Major Wilkins personally destroyed a 4,000-ton ship in Victoria Bay. His devotion to duty and courage under all conditions serve as an inspiration to his fellow flyers. His actions on all these occasions reflect the highest credit upon himself and the Armed Forces of the United States."
Third Bronze Oak Leaf Cluster in lieu 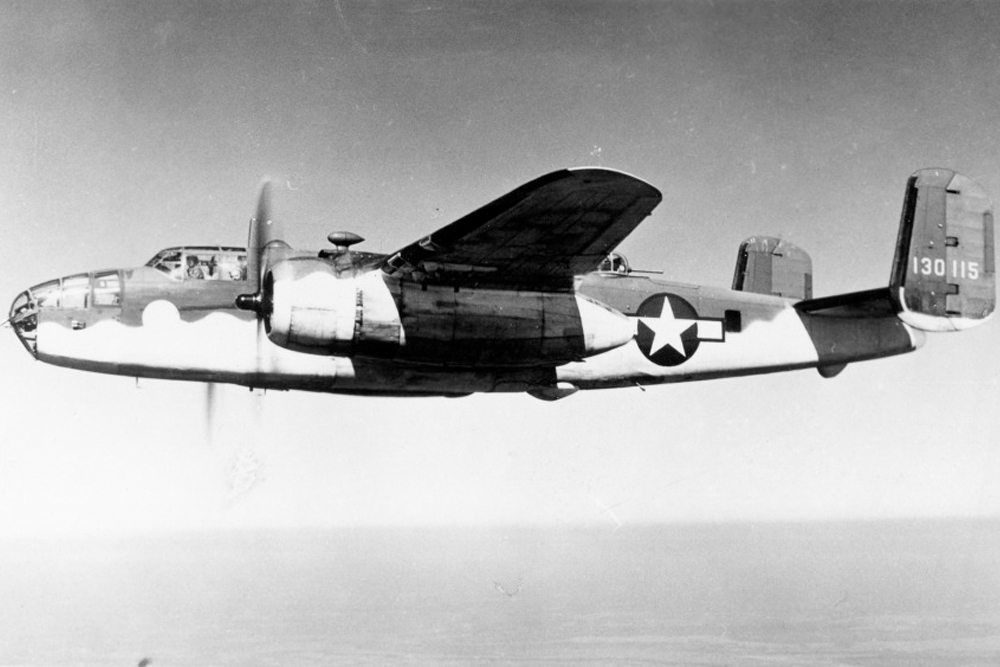