Citation:
"During the past three months Flight Lieutenant Cunningham has carried out 25 night sorties during which he has destroyed two enemy bombers and succeeded in making seven interceptions. He has at all times shown the utmost enthusiasm to seek and destroy night raiders and has operated with confidence and success in extremely bad weather".

Citation:
"This officer has continued to display the highest devotion to duty in night fighting operations. One night in April, 1941, he destroyed two enemy bombers during a single patrol and a week later destroyed three enemy raiders during three different patrols. Squadron Leader Cunningham has now destroyed at least ten enemy aircraft and damaged a number of others. His courage and skill are an inspiration to all."

Second DFC received as a bar for on the ribbon of the first DFC.

Citation:
"A brilliant leader and a relentless pilot of matchless skill, Wing Commander Cunningham has destroyed at least 16 hostile aircraft, many of them at night, as well as damaging several more. One day recently, Wing Commander Cunningham destroyed an enemy aircraft without firing a shot. He achieved his purpose by diving through cloud at great speed and drove the enemy aircraft down to the ground".

Citation:
"Within a recent period Wing Commander Cunningham has destroyed three more hostile aircraft and his last success on the night of 2nd January, 1944, brings his total victories to 20, all with the exception of one being obtained at night. He is a magnificent leader, whose exceptional ability and wide knowledge of every aspect of night flying has contributed in a large measure to the high standard of operational efficiency of his squadron which has destroyed a very large number of enemy aircraft. His iron determination and unswerving devotion to duty have set an example beyond praise".

Citation:
"With the exception of a period of 3 months when he was serving with No.81 Group, Wing Commander Cunningham has been engaged on active operations since the war began. He has displayed brilliant leadership, outstanding courage and devotion to duty which, combined with exceptional knowledge of every aspect of flying, had made him one of the outstanding personalities of the Royal Air Force. Wing Commander Cunningham has destroyed 19 enemy aircraft, 18 of them at night."

Citation:
"This officer has rendered excellent service in the field of night fighting. His record shows a combination of the very highest qualities of inspired leadership, of unexcelled personal example and a keen determination to destroy the enemy." 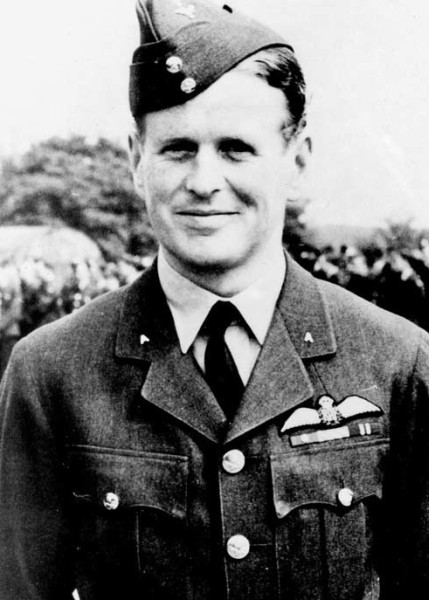