Hugh Verity was educated at Cheltenham and received a short service commission in the RAF after he had served in the University Air Squadron while studying at Queen's College, Oxford.
In September 1940, he was posted at No 608 (reconnaissance) squadron, and five months later to No 252 Squadron, a Bristol Blenheim unit, later Beaufighter, squadron, stationed in Northern Ireland. Here he gained experience in night flying.
Verity joined No. 161 "Special Duties" Squadron in November 1942 as commander of 'A' Flight (6 Lysanders).
He made 29 successful pick-ups during his time with 161 Squadron. The pick-ups he made were all executed alone by night to an agreed field or pasture somewhere in France. The only navigational instrument he had were a staff map and a Michelin road map, a few hand-held torches being his landing guide, held by two or three members of the local resistance.
Later in the war, Verity supervised clandestine air operations in South East Asia and when hostilities ceased arranged the dropping of medical staff to care for PoW's.
Hugh Verity remained in the RAF after the war in various posts and retired in 1965 and joined the Industrial Training Board. In 1978 he published a book about his wartime experiences 'We Landed by Moonlight'.

Citation:
"Squadron Leader Verity has participated in 118 sorties. He is a skilful pilot whose example of determination and devotion to duty have proved inspiring. He has rendered excellent service, contributing materially to the high standard of operational efficiency of the squadron."

Citation:
"Since being awarded the Distinguished Flying Cross, Squadron Leader Verity has undertaken numerous sorties and has displayed great skill and tenacity throughout. He is a courageous captain, whose fine qualities are worthy of great praise."

Citation:
"Since being awarded the Distinguished Service Order, Squadron Leader Verity has completed very many sorties all of which have demanded a high degree of skill and determination. He is a most inspiring leader and his achievements have been outstanding." 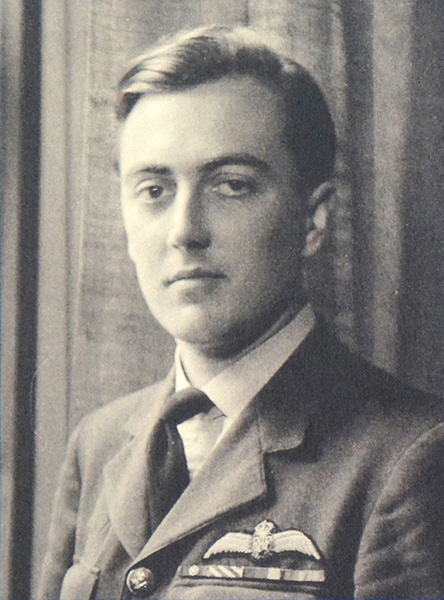