"For conspicuous gallantry and intrepidity as Commanding Officer of the Second Battalion, Twenty-third Marines, FOURTH Marine Division, in action against enemy Japanese forces during the assault and capture of Iwo Jima, Volcano Islands, from 19 February to 16 March 1945. Landing with the initial elements of his unit amidst heavy hostile mortar, artillery and small-arms fire on 19 February, and confronted with an enemy strong point which threatened to place his Battalion in an extremely disadvantageous position during the night, Major Davidson cleverly maneuvered his assault units to high ground from which he was able to render the position of the Japanese untenable and, later, personally supervised the reduction of this area of resistance. Although suffering from severe wounds as a result of enemy rocket fire and having lost all the key personnel of his staff while his Battalion was leading the assault of the Regiment, Major Davidson refused to be evacuated and continued to control his unit, until ordered by the Regimental Commander to relinquish command. His keen tactical judgment and courageous devotion to duty were in keeping with the highest traditions of the United States Naval Service."
Commanding General, Fleet Marine Force Pacific: Serial 44534 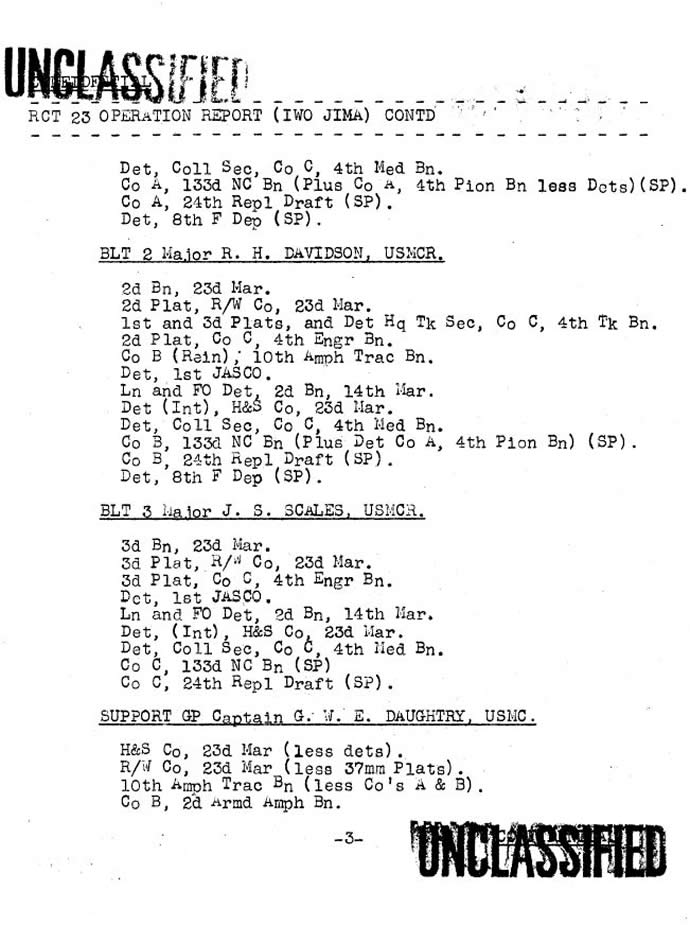