"For conspicuous gallantry and intrepidity in action as Commanding Officer of a United States Destroyer which was a unit of a Task Group returning from Finschafen, New Guinea, on September 22, 1943.
When his force of destroyers and tank landing craft was suddenly attacked by ten enemy torpedo planes, Commander Adams immediately brought his ship into striking position for effective protection of the convoy and, by skillful maneuvering, succeeded in avoiding all hostile torpedoes. Despite repeated and withering enemy machine-gun fire, he successfully repelled the assault and brought his ship and convou through with only minor damage." 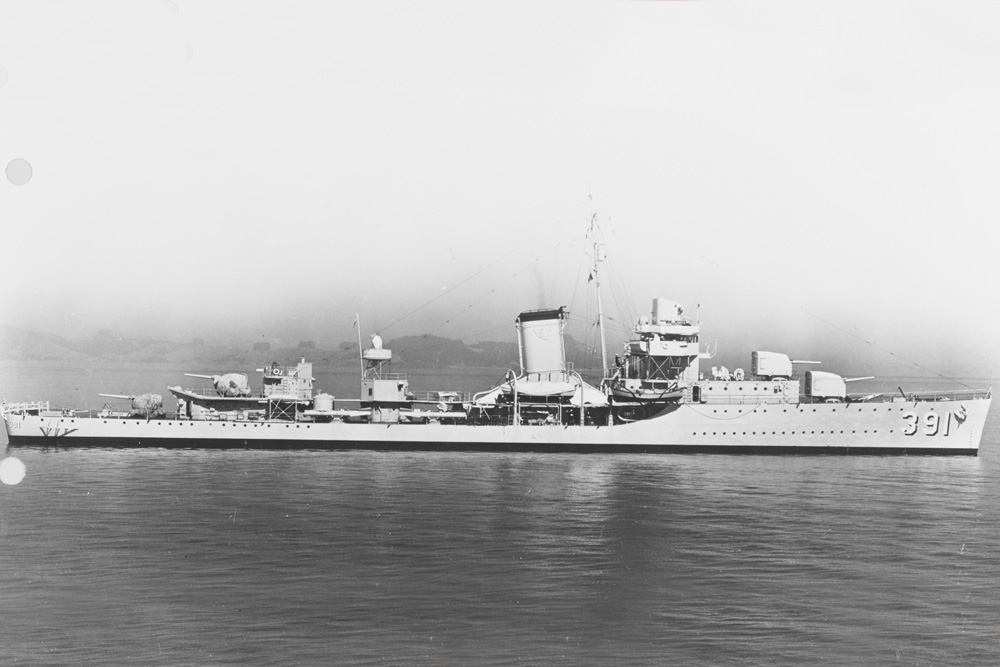