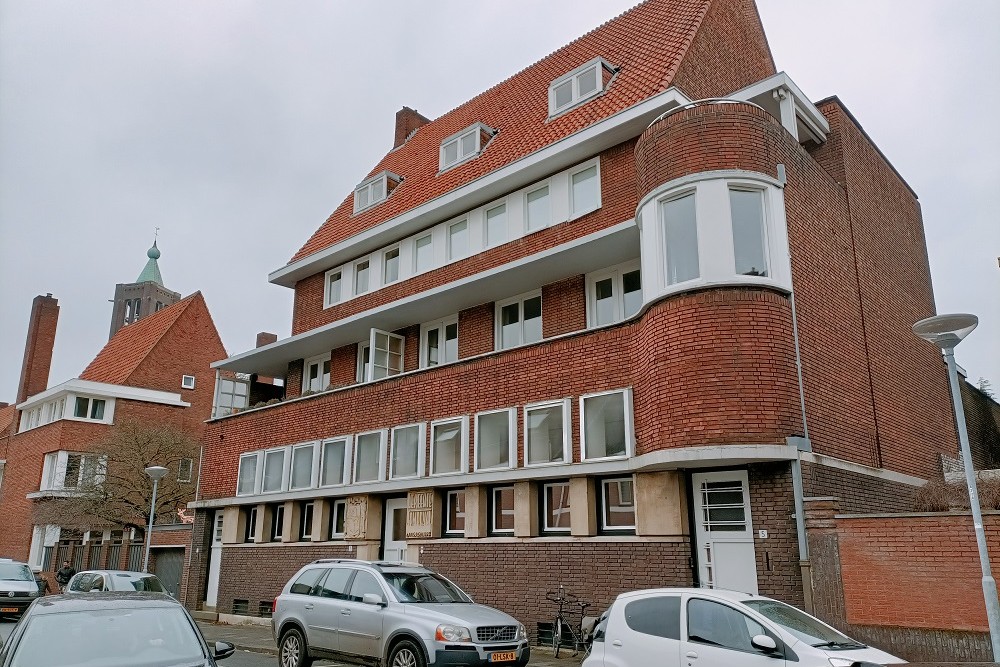 From 2 August 1942 to 15 May 5 raids took place in Venlo. Especially Jews and Sinti were the target. On August 2, a number of Catholic-Jewish sisters were arrested.
The largest roundup was on August 25. On this day, 32 Jews were brought together in the municipal savings bank, 28 of which were registered at the police station in Lohofstraat for transport. They went to Westerbork.
The Goudsmit-Cohn family will follow on 2 October. At the end of 1942 another 9 persons, 7 of which are registered for transport. In November, a list will be drawn up of Jewish Venlo residents who still reside in the city. These are all still wanted, arrested and deported.
According to Jules Schelvis' list, 93 Jews, 6 of whom survive the camps. This building was used in every raid to detain the arrested Jews until the group was deemed complete.

Nowadays an apartment building, so not to visit. The building has been completely renovated.