For action performed on 26 January 1944, in the Province of Latina, Italy.

Citation:
"For conspicuous gallantry and intrepidity at the risk of his life above and beyond the call of duty. Disdaining enemy hand grenades and close-range machine pistol, machinegun, and rifle, Lt. Britt inspired and led a handful of his men in repelling a bitter counterattack by approximately 100 Germans against his company positions north of Mignano, Italy, the morning of 10 November 1943. During the intense fire fight, Lt. Britt's canteen and field glasses were shattered; a bullet pierced his side; his chest, face, and hands were covered with grenade wounds. Despite his wounds, for which he refused to accept medical attention until ordered to do so by his battalion commander following the battle, he personally killed 5 and wounded an unknown number of Germans, wiped out one enemy machinegun crew, fired 5 clips of carbine and an undetermined amount of Ml rifle ammunition, and threw 32 fragmentation grenades. His bold, aggressive actions, utterly disregarding superior enemy numbers, resulted in capture of 4 Germans, 2 of them wounded, and enabled several captured Americans to escape. Lt. Britt's undaunted courage and prowess in arms were largely responsible for repulsing a German counterattack which, if successful, would have isolated his battalion and destroyed his company."

For action performed on 22 September 1943, near Acerno/Province of Salerno, Italy.

For action performed on 29 October 1943 near Pietravairano/Province of Caserta, Italy.

This award was obtained in the form of an second Oak Leave to be attached on the ribbon of the first award.

This award was obtained in the form of an third Oak Leave to be attached on the ribbon of the first award. 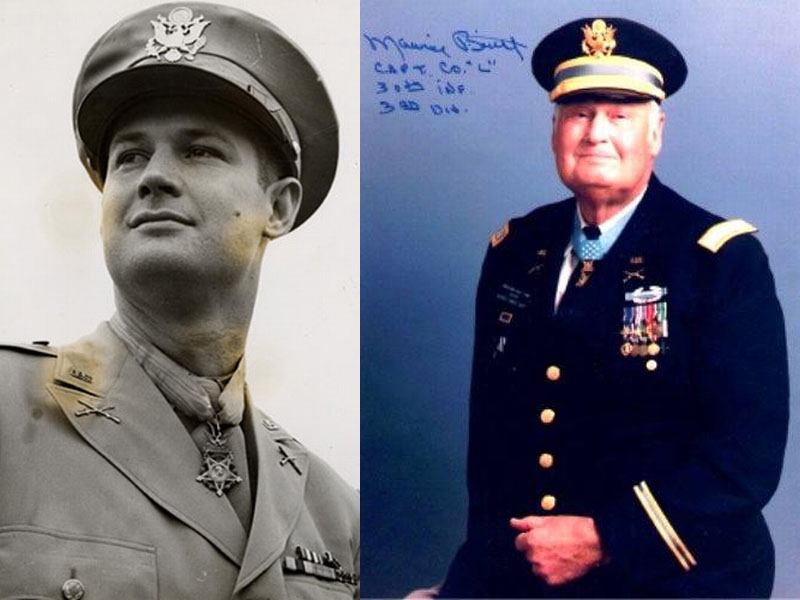