On each arm of the silver-coloured Military Cross is an Imperial Crown and in the centre of the award is the Imperial and Royal Cypher of the reigning sovereign, GV, GVI or EIIR. The reverse of the award is plain with the year of the award engraved on the lower arm. The white ribbon is 1.375 inches wide with a central vertical purple stripe (0.5 inches wide). The bar is made of silver with a crown in the centre. 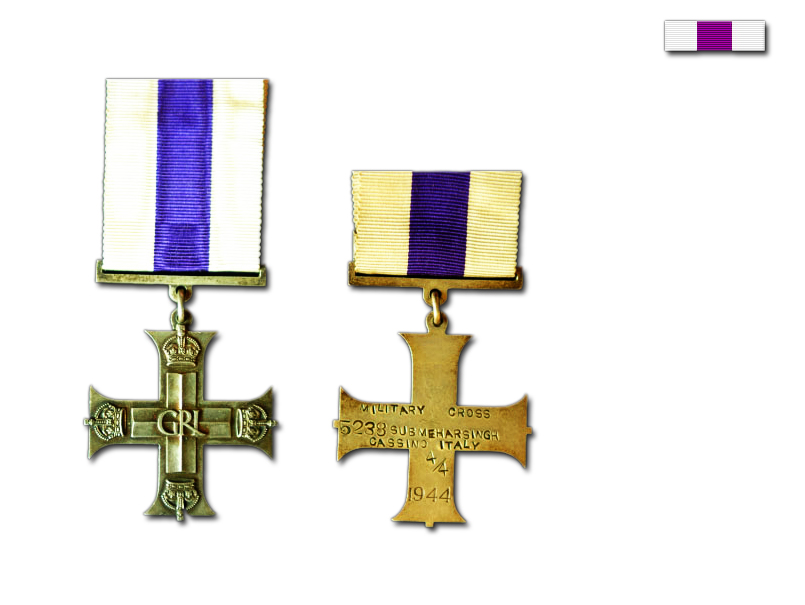